One of the most favourite seaside locations for accommodations in Tuscany, is the Costa degli Etruschi, the Etruscan Coast.
Costa degli Etruschi means a succession of splendid resorts which stretches from Livorno to Piombino including Castiglioncello, Quercianella, Rosignano, Vada, Cecina, Bibbona, Marina di Castagneto and San Vincenzo. Along the coastline or in the surroundings of the villages, just a few km from the sea, one can find many holiday homes on the Costa degli Etruschi. The people living in this area, thanks to the tourism development, have in fact renovated their old houses, conferring a historical and striking touch on the region, above all increasing the number of typical Tuscan apartments.
The crystal clear sea of this region, shading from emerald green to deepest blue for over 90 uninterrupted kilometres, has been awarded with the European Union's Blue Flag.
Beaches of pale sand, like those at San Vincenzo and Baratti, alternate with the darker sands of Marina di Castagneto, Bibbona and Cecina, and wind-sculpted rocky shores.
Well-equipped marinas provide plenty of opportunities for yachting. The Costa degli Etruschi comprises parks, protected areas, nature oasis and fauna reserves, where nature is not a simple setting but the very essence of the land, rich in colours and scents. Worth a mention are the Bolgheri Oasis, the first WWF wildlife refuge in Italy, the Magona Park, the Livorno Hills Park, the Orti-Bottagone WWF nature reserve and the Sterpaia and Montioni nature parks.
Such natural background perfectly matches with the Etruscan settlements of the Archaeological Park of Baratti and Populonia or the San Silvestro Archaeo-mineral Park at Venturina, a real open-air museum where organized routes allow visitors to follow the various stages of metalworking in Etruscan and medieval times.
History lives on in the medieval towns and villages of Bolgheri, Populonia, Castagneto Carducci, Bibbona, Suvereto and Campiglia Marittima, small gems set among green hills and woods, a stone's throw from the sea.
Livorno, the main city of the Costa degli Etruschi, was designed in the 16th century by the Medici as an "ideal town" and still preserves remnants of its past, such as the historical "Venice" quarter, the Fortresses, and the navigable surrounding canals.
The gastronomic specialities of the Costa degli Etruschi are known all over the world for their richness and variety.
Fish is the main ingredient of hundreds of delicious recipes, the famous cacciucco (fish stew), the black rice with squid ink, just to mention a few.
Inland, dishes feature meat, such as beef from the prized "Chianina" breed.
The excellent olive oil plays here a main role, together with the great, rightly world-renowned wines Sassicaia and Ornellaia. 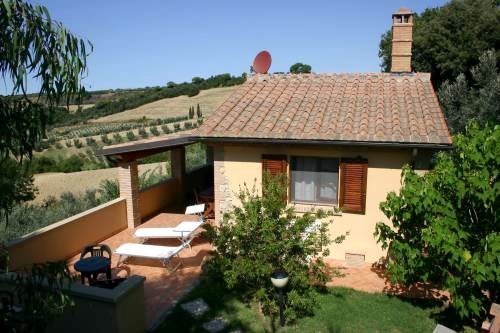 Vigna dei Frati is a charming accommodation on the Etruscan Coast, is near Cecina and Casale Marittimo, surrounded by the typical breathtaking countryside of this area. This holiday home for vacation rental is suitable for two people and is furnished in very good taste and is very well equipped. It consists of a living-room with kitchen corner, equipped with electric oven, toaster, coffee m
[Continues..]
Accommodations 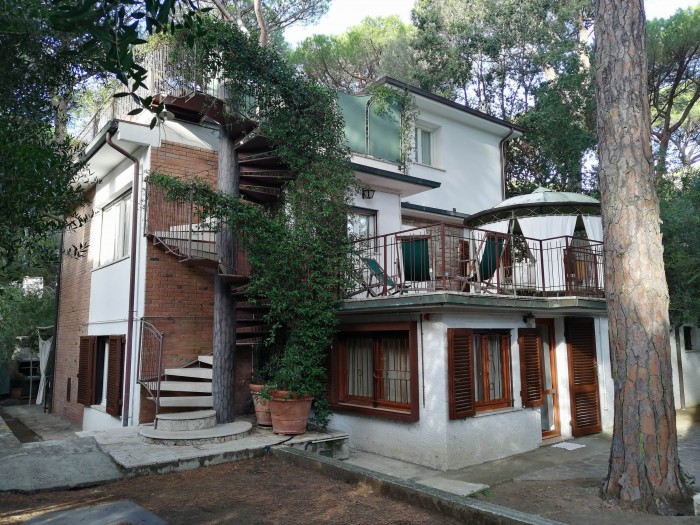 These holiday apartments in Tuscany are located in Marina di Castagneto Carducci, a beautiful village on the Etruscan coast, south of Livorno (Leghorn) and only 30 km north of Piombino from which one can catch ferries for the Isle of Elba. The accommodations are situated in a modern villa in the midst of a secular pinewood with nearly 1200 sqm of private, fenced garden and at about 300 met
[Continues..]
Accommodations 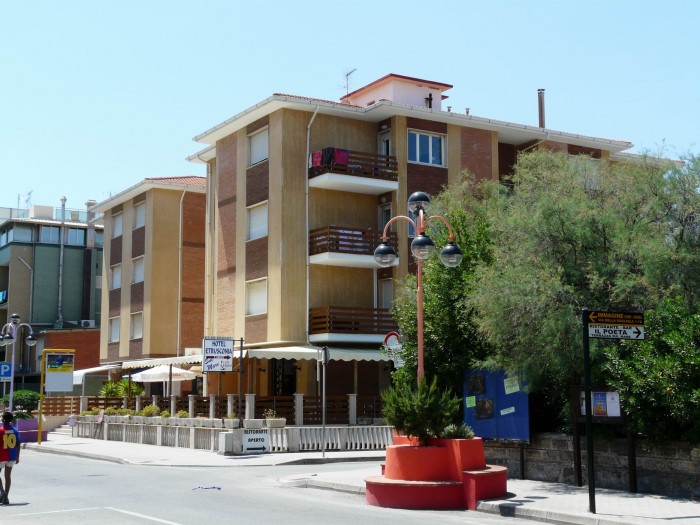 These holiday apartments on the Etruscan Coast are located in the beautiful town of Marina di Castagneto Carducci, south of Leghorn. The accommodations are situated on the 3rd and last floor of a building with lift right in front of the beach. The structure also includes a small shopping centre, a bar, a restaurant and a hotel. Guests also have at disposal a private strip of Maremma pinewo
[Continues..]
Accommodations 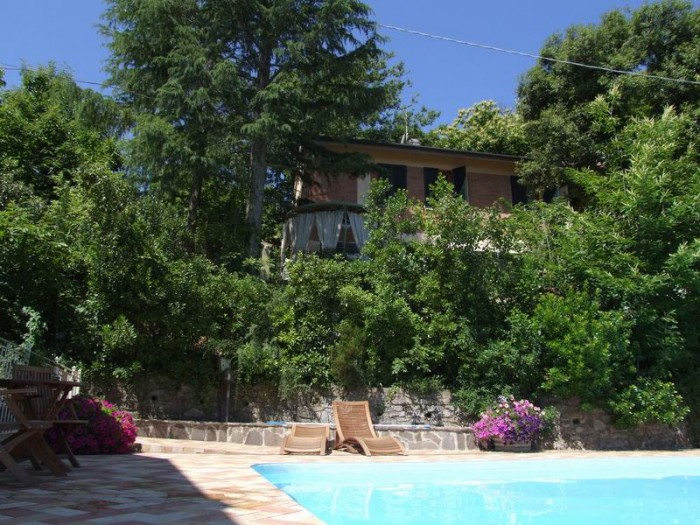 These holiday apartments in Tuscany are situated in a beautiful villa, ideal for a relaxing holiday, at 800 meters from Sassetta, a remarkable medieval village on the hills of the Etruscan coast at just 12 km from the beaches of Marina di Castagneto. On top of a small hill, only 500 m above sea level, the accommodations are surrounded by a chestnut wood park of 2000 sqm. The villa consists
[Continues..]
Accommodations 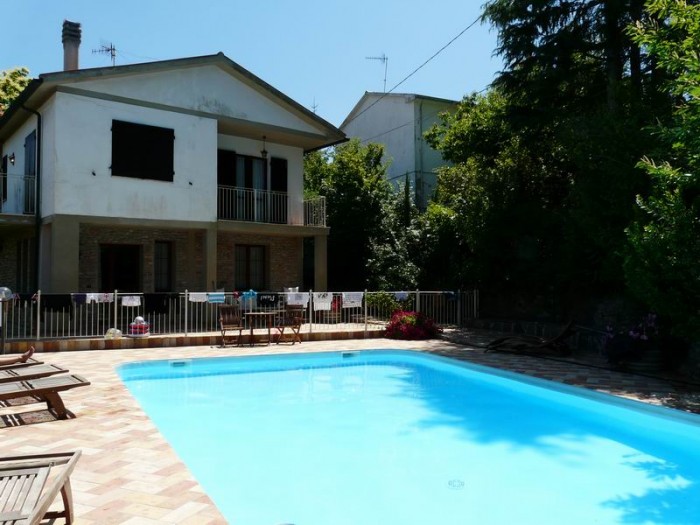 This villa with pool on the Etruscan Coast is located at 800 m from the charming medieval, hillside village of Sassetta, just 12 km from the beaches of Marina di Castagneto and 17km from Bolgheri, famous for its Sassicaia wine. The holiday home is at 500 m above sea level and is surrounded by a secular forest with about 700 sq. m. of private fenced park. The house can accommodate 8 people,
[Continues..]
Accommodations 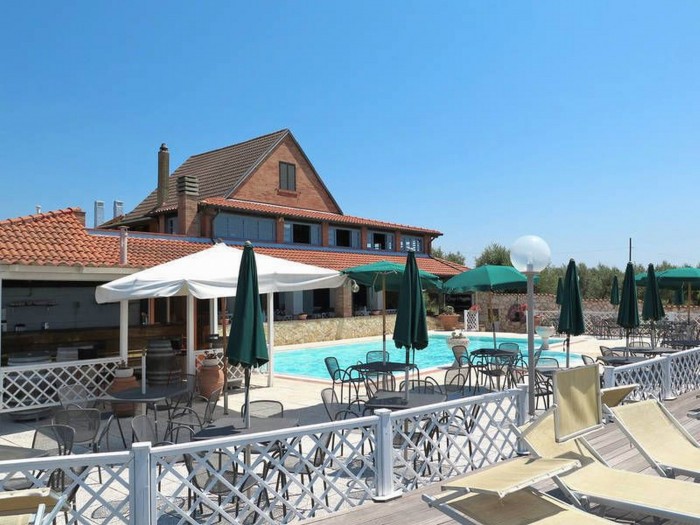 This comfortable accommodation in Tuscany is located in a peaceful spot of the Etruscan Coast, at just 7 km from the beaches of Cecina. Situated in an ideal position for excursions to the amazing medieval villages in the surroundings, such as Montescudaio and Casale Marittimo, it is also conveniently near to art centres such as Volterra, Pisa, Florence, Siena, San Gimignano and Lucca. Where
[Continues..]
Accommodations 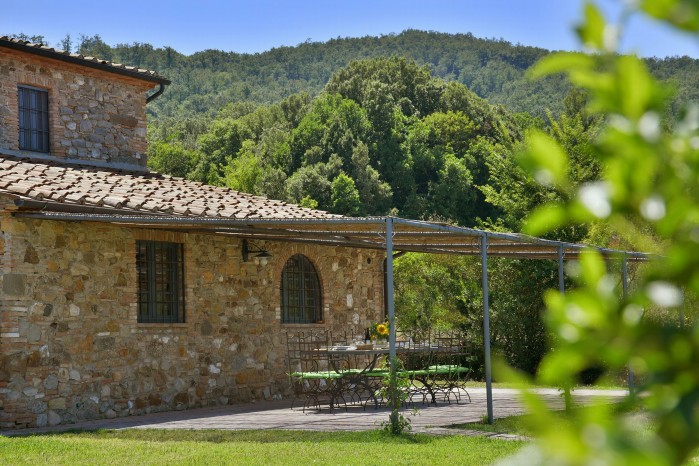 Beautiful stone villa with an infinity swimming pool (fenced, 10x5 m, up to 150 cm deep, heated on request) and a large furnished garden with gazebo, BBQ and pizza oven, ideal for your al fresco dining, as well as a table tennis table. Set in a very quiet area, the villa, ca. 500 sqm, is on two floors and can accommodate up to 20 people, in 9 bedrooms with air conditioning, all with en-suite bat
[Continues..]
Accommodations 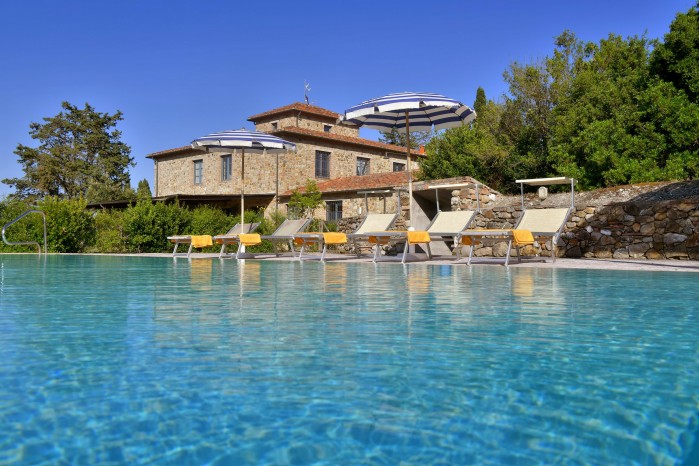 This Tuscan farmhouse with pool, air conditioning and Wi-Fi, has been carefully restored with particular attention in maintaining its typically traditional characteristics, and can accommodate up to 22 people. The villa, located in an absolutely quiet and peaceful area, ideal for a relaxing holiday, has a large furnished garden with a covered portico and BBQ, ideal for al fresco dining, as well a
[Continues..]
Accommodations 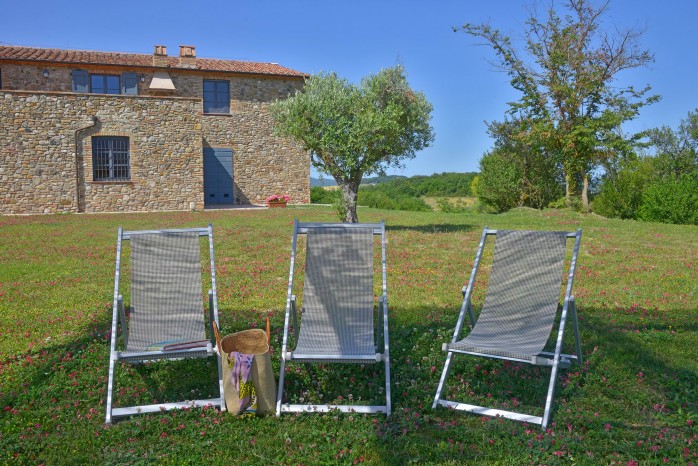 Lovely, comfortable, typically Tuscan stone house located in open country with a gorgeous view over its surroundings. Thanks to its idyllic position, the villa is ideal for large family reunions as well as for a relaxing holiday. The villa is surrounded by an extensive garden, with a beautiful swimming pool with panoramic view (12x6 m, up to 150 cm deep, heated on request), a spacious solarium wi
[Continues..]
Accommodations

This 17th-century farmhouse is at just 3 km from Pomarance, in the gorgeous Val di Cecina, a territory strategically set between the beach and the most important art cities. In an environment of many landscapes, from the agricultural countryside of Volterra (at 20 km) to the geothermal energy fields of Larderello (at 9 km), this farmstead has been renovated into 7 apartments. In respect of its pas
[Continues..]
Accommodations