Holiday in Versilia Villas and Apartments

Many tourists choose a villa for rent on the Versilia coast, because this part of Tuscany is well known in Italy since the 60s, when many famous Italian people spent here their holidays. However the hills of this area have been revalued during the last decade because of its natural and striking panoramic view over the coastline and the Tuscan Archipelago, so that many owners have decided to refurbish their houses. Now there is a large choice of apartments for rent in Versilia, thanks to the increased request of accommodations, where people can spend a relaxing holiday.
Thanks to its position, hemmed in by the sea and the white marble mountains of the Apuan Alps, the Versilia is today a fertile and densely populated coastal plain, lined with seaside resorts that have by now joined up to form a sort of uninterrupted conurbation. A few centuries ago the area was a coastal marshland discouraging any form of settlement. The systematic work of reclamation commenced in the 18th century and continued incessantly up until the beginning of the last century, creating an environment of great natural beauty. The so-called "Historical Versilia" includes Viareggio, Pietrasanta, Forte dei Marmi, Seravezza and Stazzema.
Viareggio, the main centre, has remained constantly in the orbit of Lucca. In the 19th century the port began to expand rapidly and from a small town it was elevated to the rank of city by Marie-Louise of Bourbon who organized the urban layout, characterized by a regular grid that is still visible. The 19th century saw the creation of the first bathing establishments that turned Viareggio into an important seaside resort, characterized by a refined Art Noveau architecture still admired such as in the Grand Cafè Margherita, the Bagno Balena, the Duilio 48. We cannot fail to mention the Principe di Piemonte with its own bathing establishment, the Grand Hotel & Royal and in the Pineta di Levante, the Villa Borbone, a hunting lodge for Marie-Louise of Bourbon.
Nowadays, Viareggio has maintained much of its cultural vivacity. Exhibitions, annual cinema festivals, literary prizes and significant musical performances at the nearby Torre del Lago, homeland of Giacomo Puccini, form an interesting cultural programme. Not to be missed the famous Carnival with its gigantic papier-mâché floats, to which a special citadel has been dedicated.
Straddling the last foothills of the Apuan Alps is Pietrasanta, founded in 1255 by Guiscardo Pietrasanta, the podestà of Lucca. It still preserves the features of a Roman colony in its orthogonal urban layout with long blocks and parallel streets inside a rectangular perimeter, and part of the original Roman wall still exists. The central square, in line with the fortress above, is an elongated rectangle representing the civil and religious fulcrum with its 14th century San Martino Cathedral, the Palazzo Pretorio, the Torre delle Ore (Watch Tower), and the Romanesque Church of Saint Augustine, now seat of art exhibitions. A considerable artistic centre, Pietrasanta has long enjoyed the patronage of artists: starting from Michelangelo, continuing with the late Henry Moore, and today with Mitoraj, Botero and Adami. Here the craft tradition of marble working follows the long established practice dating back to Michelangelo who used to come here to personally choose from the local quarries the marble for his works.
A mention to Forte dei Marmi, a fashionable seaside resort, much loved by international tourism. It takes its name from the fortress that rises in the centre of the main square, built under Grand Duke Peter Leopold, who was to become Leopold II, Holy Roman Emperor, in 1788. The fortress was built to defend the coast from outer attacks, but in the 19th and 20th centuries it became the place where the marble quarried from the Alpi Apuane was stocked before being sent to the pier for shipping.
Versilia, a place rich in history, poetry and art. 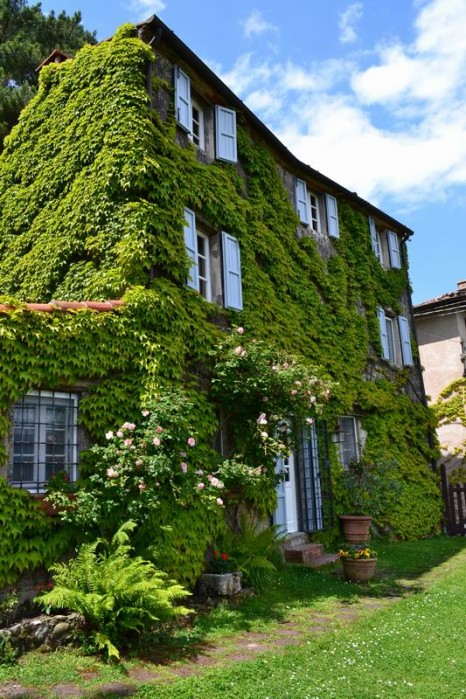 This beautiful 18th century independent holiday home in Tuscany is located at 300 mt from the tiny medieval village of Pedona on the Versilia hills. Originally a farmhouse, this lovely cottage has been tastefully renovated maintaining its original characteristics such as the terracotta floor tiling, the wooden beam ceilings and the magnificent fireplaces, which originally heated the house.
[Continues..]
Accommodations 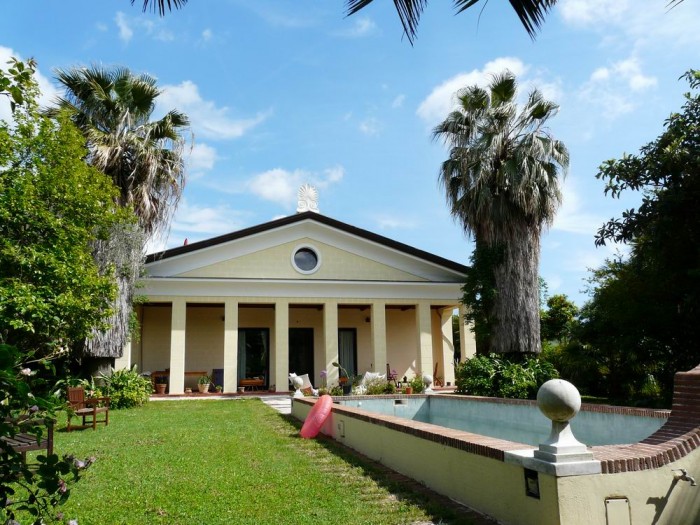 These lovely apartments with swimming pool in Massa are in a beautiful villa located at the feet of the Apuan Alps, in the suburban area of the medieval town of Massa (northern part of Tuscany), whose history has its origins in the 10th century. From Massa one can easy reach Pisa or Lucca (50 km both) as well as the Cinqueterre at 50 km. The beaches of Marina di Massa are only 4,8km away.
[Continues..]
Accommodations 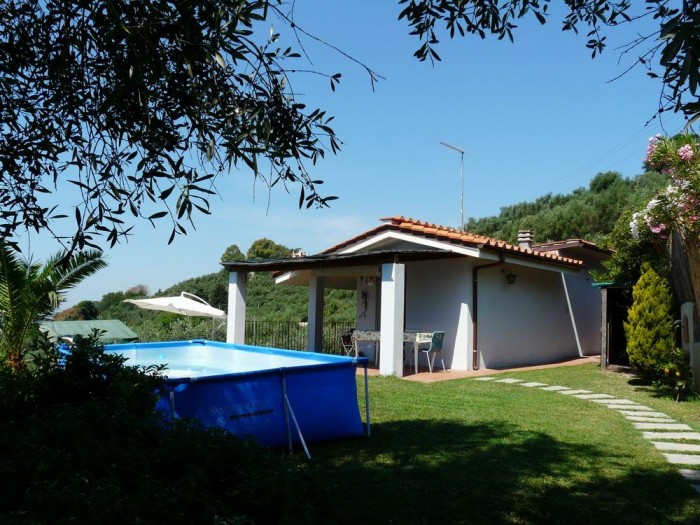 This lovely holiday home in Tuscany is located on the hills with a breathtaking view over Viareggio and the beaches of the Versilia Coast. The house, on one floor, consists of a comfortable living room with double sofa bed (preferably for children), a fully equipped kitchen with a lovely sea view and dining area (airconditioned) and a double bedroom (airconditioned) with en-suite bathroom f
[Continues..]
Accommodations 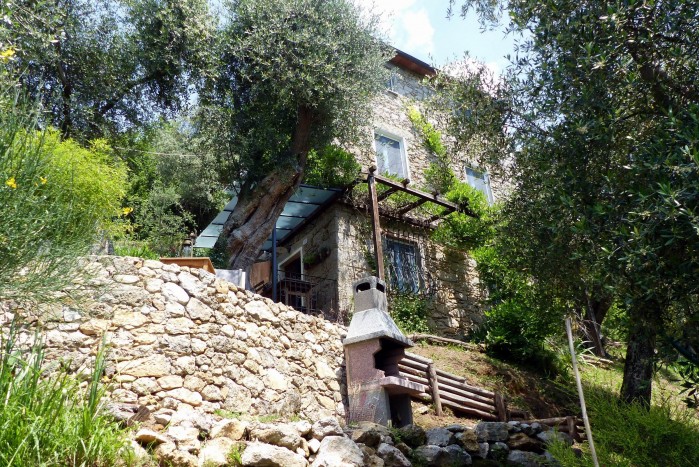 This typical old Tuscan house is located high on a hillside at 2 km from Monteggiori and 6 km from Pietrasanta, on the Versilia Coast; surrounded by an olive grove it enjoys a remarkable view. Idyllically positioned between seaside and mountains, at just 12 km away from the beach, the house can be reached driving, through olive groves, up a winding mountain road until one must leave the car and
[Continues..]
Accommodations 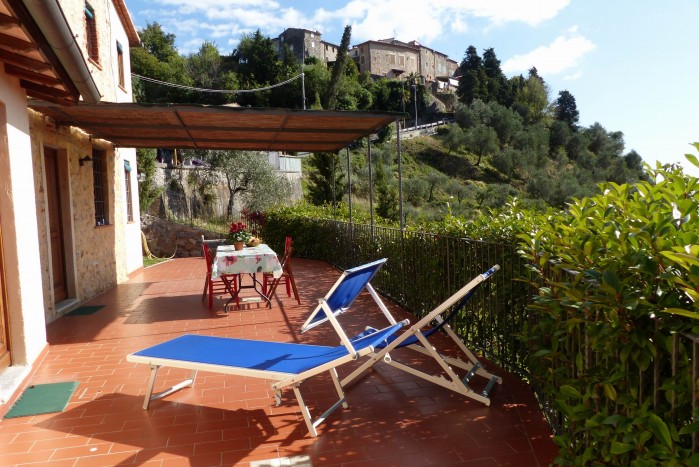 This holiday home in Tuscany is located at the entrance of the hamlet of Santa Lucia, on the hills of Versilia, is a nice and comfortable semidetached house. In a light windy place, so that it is pleasant to stay on the terrace during the sunny season, the holiday apartment is on 3 levels. The entrance is through a large terrace level (about 60 m2), from which one can enjoy a breathtaking v
[Continues..]
Accommodations 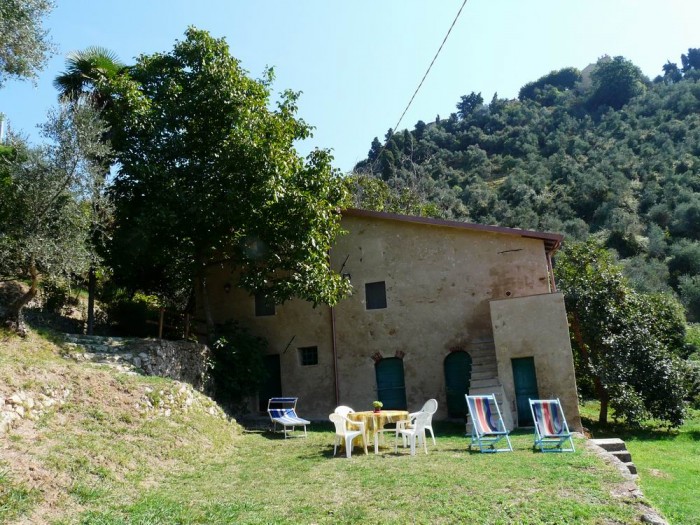 This lovely home for 5 people is located on the Versilia hills, just a few minutes from Monteggiori, a charming little medieval hamlet, and from the seaside. The holiday home is located in a quiet position, and is surrounded by a wonderful garden, luxuriant in fruit plants, and above all with a breathtaking view over the coast and the sea. The Versilia beaches are at just 6,5 km of distance. Th
[Continues..]
Accommodations 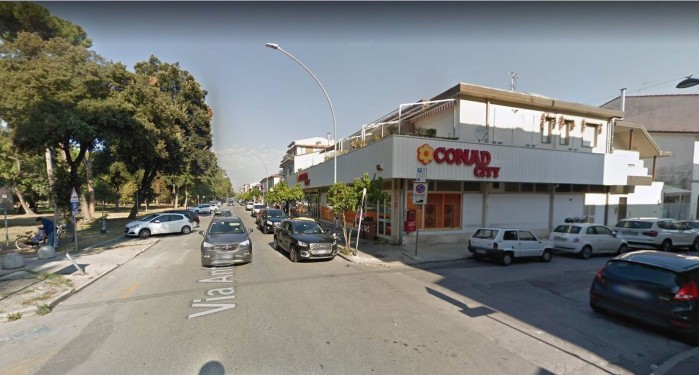 This cosy and recently refurbished apartment is located in Viareggio, a very nice and renowned town on the coast, with large sandy beaches and a lot of bars, restaurants, ice cream parlours, and shops. The apartment, 50 sqm, is luminous and very well furnished, and on the first and last floor of a two-storey building, just above a small supermarket, and facing the huge pinewood of Viareggio, whic
[Continues..]
Accommodations 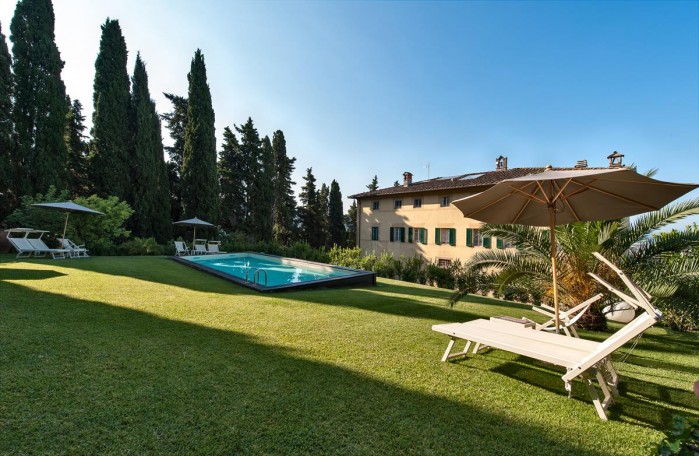 This magnificent eighteenth-century Villa, nestled on the Versilia hills and dominating the Tuscany coast with a breathtaking view, is located at only 1.4 km from the medieval village of Monteggiori and 4 km from the famous artist town of Pietrasanta. The restoration, carried out with full respect of the original building materials, has created a stylish holiday retreat, which retains all the cha
[Continues..]
Accommodations 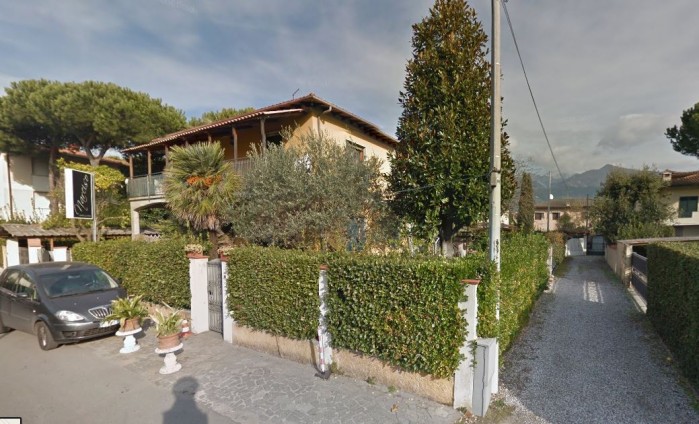 This lovely and independent apartment is located in Cinquale, right between the seaside towns of Forte dei Marmi and Marina di Massa, pearls of the Tuscan coast, which are both at 4 km. This holiday accommodation is located in very quiet street at 1600 meters from the beaches. On the first floor of a detached villa (a family lives on the ground floor), the apartment, 100 sq m, is very nicely fu
[Continues..]
Accommodations 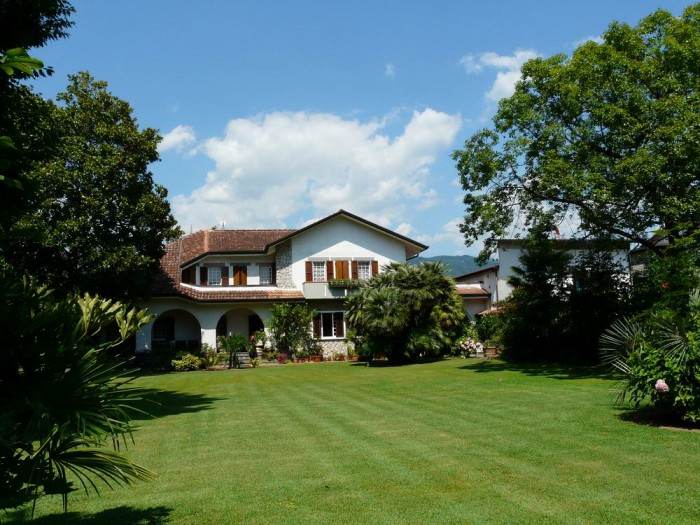 This beautiful detached villa with swimming pool in Versilia is located at 4km from the sea towns of Forte dei Marmi and Marina di Massa, pearls of the Tuscan coast. The nearby village, Cinquale, offers a wide selection of restaurants and bar cafes. The villa, with a large garden (5000 sq m) and private swimming pool (10x5 m, open June-October), is located at 1,5 km from the beach. At guests di
[Continues..]
Accommodations

Vacation Rental
with services
in Versilia