Holiday in Lunigiana Villas and Apartments

The best accommodations in Lunigiana are located near the many medieval villages of the region. Each of these splendid hamlets has ancient origin: the churches and castles you can admire, are really the witness of the glorious past of the area. Many of the Tuscan accommodations of Lunigiana that www.tuscanyholidayrent.com offers, are typical stone houses, or beautiful old farmhouses completely renovated in the last few years. But, just to give some information about our beautiful land:
Lunigiana, in the northern part of Tuscany, between Liguria and Emilia Romagna, along the course of the Magra river, is characterized by sweet hills, green meadows and mountains, the Apennines and the Apuan Alps. This small plot of land takes its name from Luni, a Roman colony near the mouth of the Magra river, which, initially important for its trade in Apuan marble, started declining in the 4th century, largely on account of malaria, and onwards into the late Middle Ages as a result of the attacks by the Saracens and the Normans.
Following the Magra river, joining up with the medieval itineraries of the Via Francigena, it is possible to find the well-preserved signs of an ancient and refined civilization. The area is, indeed, a great deal more than simply mountains and sea; here the tourist will find a variety of landscapes, rich in historical remains. Its history is witnessed by remains ranging from the anthropomorphic statue menhirs, dating back to 3000 BC., to Roman ruins, as well as Romanesque churches and medieval castles. The Via Francigena (also called Francesca o Romea) played a major role in this area, as the remaining ancient stone structures bear witness. On this historical route, leading from Santiago de Compostela, Reims and Canterbury towards Rome, and covered in the past by crowds of pilgrims and merchants, were erected numerous villages, that today offer the opportunity to see various artworks, created by the great masters from Lucca, Genoa, Milan, Florence and also from France.
During the Middle Ages, there were 160 castles in Lunigiana, only thirty of which have reached our times in a good state of preservation. The most important include La Verruccola, at Fivizzano, the castle of the Piagnaro in Pontremoli (which also hosts the statue menhirs), the Rocca of Villafranca, the Malaspina Castle of Massa and the fortified village of Filetto. They stand as memento of a glorious past against the invaders. This was due to the strategic position of Lunigiana as passage from south, Tuscany, to the northern territories of Lombardy and Parma. For centuries countless wars were fought between native feudal dynasties.
Not to be overlooked are the precious products which can be savoured in this territory, delicacies such as: testaroli (yeast free pancakes which are boiled and cut into strips) with pesto sauce, chestnut honey, panigacci (similar to testaroli but smaller and cooked in an open fire, generally served with cold cuts and cheese or as a first course with pesto or mushroom sauce), mushrooms, focaccette (flat bread) of Aulla, torte derbi (herb quiche), olive bread, chestnut bread; all inseparable elements of a journey .
Visit Lunigiana, land of history and tradition, of peace and quiet, of festivals and delicacies. 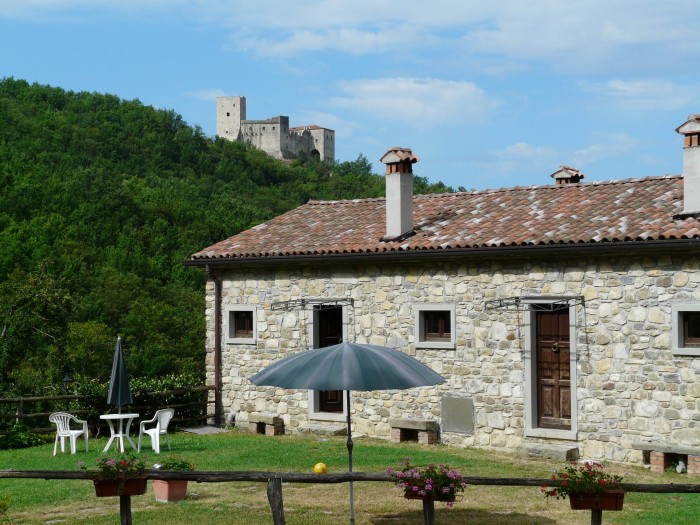 This holiday accommodation in Tuscany is located in the heart of Lunigiana, an area in the north, rich in history and uncontaminated nature and is an ideal place for a relaxing holiday. Originally belonging to the noble family of the Tognolis, one can find their coat of arms painted above the fireplace of the bedroom. The B&B consists of two old stone buildings which lodge the bedrooms
[Continues..]
Accommodations 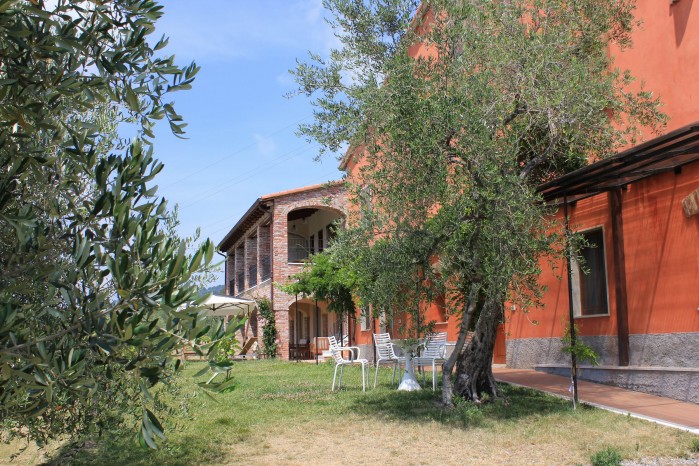 Surrounded by olive groves and vineyards these holiday apartments in Tuscany are on the hills of Lunigiana at 3 km from the beautiful medieval castle of Fosdinovo, once of the Malaspina family. The farmhouse is part of an organic farm and the renovation has followed the same natural principles of the farming, preserving its original structure and details as in the stone and fired brick wall
[Continues..]
Accommodations 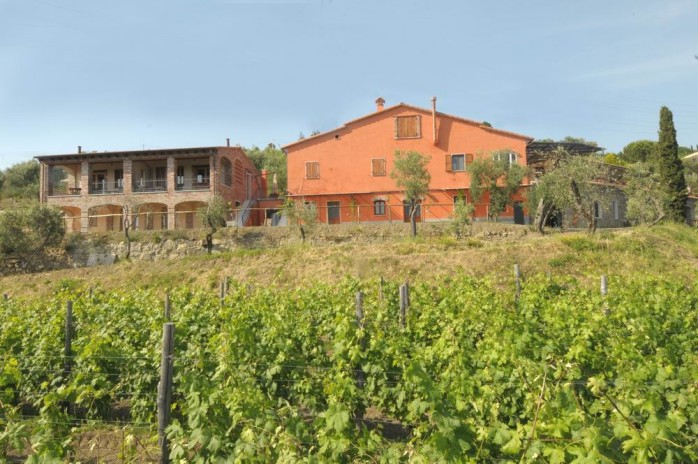 Surrounded by olive groves and vineyards this holiday home in Tuscany is on the hills of Lunigiana at 3 km from the beautiful medieval castle of Fosdinovo, once of the Malaspina family. The farmhouse is part of an organic farm and the renovation has followed the same natural principles of the farming, preserving its original structure and details as in the stone and fired brick walls and fl
[Continues..]
Accommodations 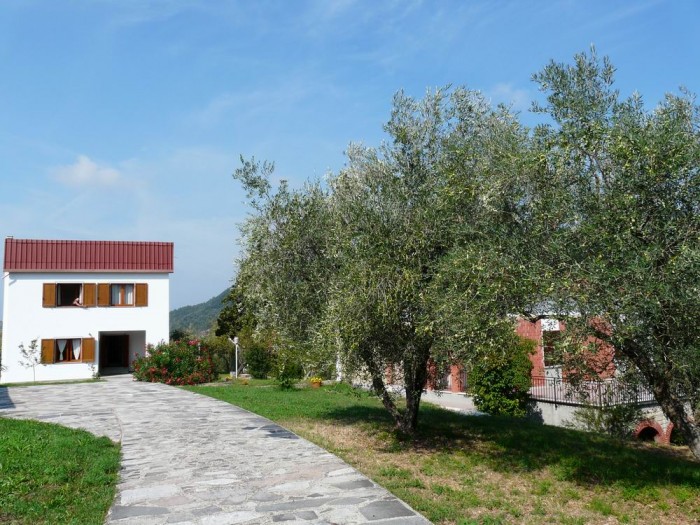 These holiday accommodations in Lunigiana are located near the beautiful hilltop hamlet of Casola in Lunigiana, 40 km north of both Carrara and Massa. Just outside the village, in a quiet and secluded area, the accommodations consist of two detached villas which can be rented separately or together. One villa is on two floors and can comfortably accommodate up to 5 people. The accommodatio
[Continues..]
Accommodations 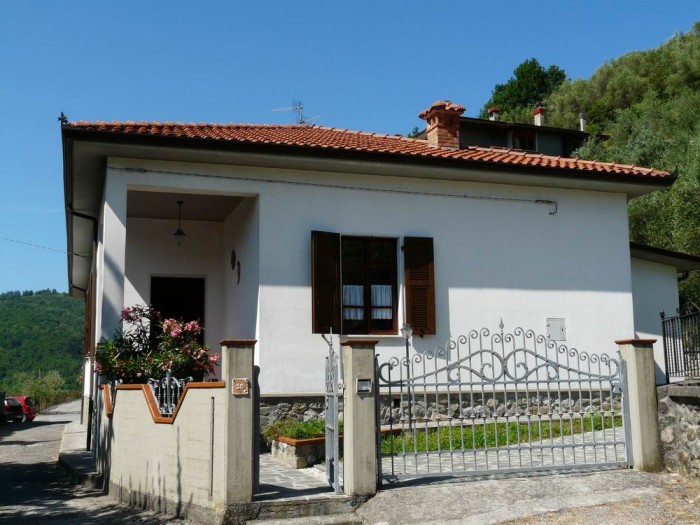 This villa in Codiponte is located at 3 km from the beautiful hilltop hamlet of Casola in Lunigiana, a peaceful medieval village with a lovely 8th-century pieve. The villa consists of two independent apartments, of which the holiday flat has a view over the pieve. Recently renovated, this apartment is comfortable and elegantly furnished. On two floors, it consists of a large living room wit
[Continues..]
Accommodations

Vacation Rental
with services
in Lunigiana