Holiday in Tuscany villas, far from the madding crowd 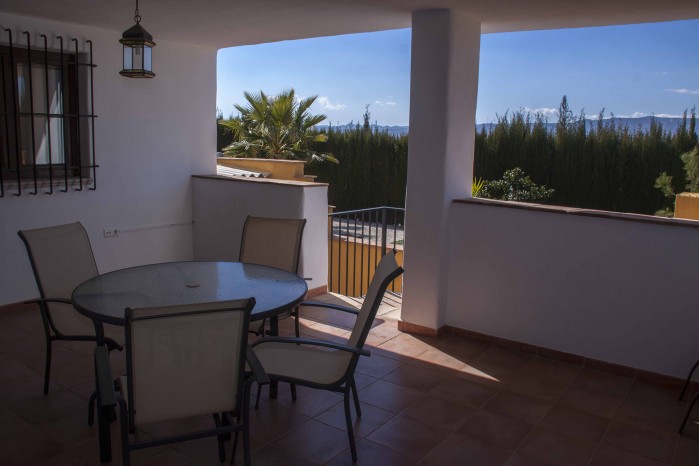 El Padul is an ancient town 13 km south of Granada, one of the most beautiful cities of Andalusia and of Spain. El Padul sits at an average elevation of 744 metres above sea level and enjoys a temperate climate throughout the year. The town has gained importance following the discovery of fossilized remains of mammoths of the Middle Pleistocene in the valley below, together with other Neanderthalian and Neolithic findings.
Furthermore, the town is at the foot of the Sierra Nevada National Park where one can go on magnificent excursions. Granada is reachable by bus (about 30 min).

This stunning holiday house is a typical Andalusian villa at 1,8 km from the town (where one finds restaurants, bars and supermarkets). Positioned in a quiet area, the villa enjoys a breathtaking view. It consists of three large holiday flats, each with its own private terrace. At guests disposal a swimming pool (8x5, open from June to September, on request in May and October), garden shower, barbecue, a mini-golf course, a table tennis table and also the possibility of renting bicycles. Internet Wi-Fi. Car park on the street in front of the house, in a safe residential area.
Reg Nr VTAR/GR/01048